Defending can be done in many different ways. If you compare Pep Guardiola’s Manchester City and Diego Simeone’ Atlético Madrid, they defend in very different ways but both teams conceded a small amount of goals in the last couple of years. How can you develop a defensive game model for the upcoming season?

First of all, your game model and the situation of your team are very relevant. Do you want to dominate possession or strive to be very hard to beat? Do you coach a senior team or Under 13 players? Are you just interested in winning or do you also rate attractiveness? What do the club, supporters and board think of the playing style? And last but certainly not least: what players do you have and what are their main strengths and weaknesses?

From there, the defensive playing style can be developed. To do so, it helps to ask the following questions.

By thinking about the questions above, and by setting up principles of play for the team, the players will have clear-defined guidelines for their decision making on the pitch.

As stated above, it is very relevant to determine the style of pressing in terms of the part of the pitch you want to defend. Is that the whole pitch, even pressing the opponent’s goalkeeper? Is it your own half and ten meters of the opponent’s half? Or is it enough for you to defend the pitch area of a double penalty box and set up a low block? Obviously, this can vary per game, or even within games.

In general, any defending team constantly shifts between to objectives: 1) winning the ball to regain possession and 2) stop the opponent from creating chances. Usually, the first objective implies a higher risk of conceding goals, but also increases the chance of winning back possession in good areas and create chances.

An example of that final principle can be found in the 8v8 zonal defending drill from Benfica below. Both teams play in a GK-4-2-1 formation. The defending team can only drop into the end zone when the ball is played there.

In general, there are four possible reference points for determining the optimal defensive position: the ball, the space, opponents and teammates. Obviously, the side-line could also serve as a reference point, but it is always in the same place. The ball, the opponents and the teammates move constantly, causing the spaces on the pitch to shift too.

Principles of play with the ball as the main reference point:

Principles of play with space as the main reference point:

Principles of play with opponents as the main reference point:

Principles of play with teammates as the main reference point:

In the defensive drill below, Maurizio Sarri focuses on improving the positioning of the back four when he was coach at Napoli. 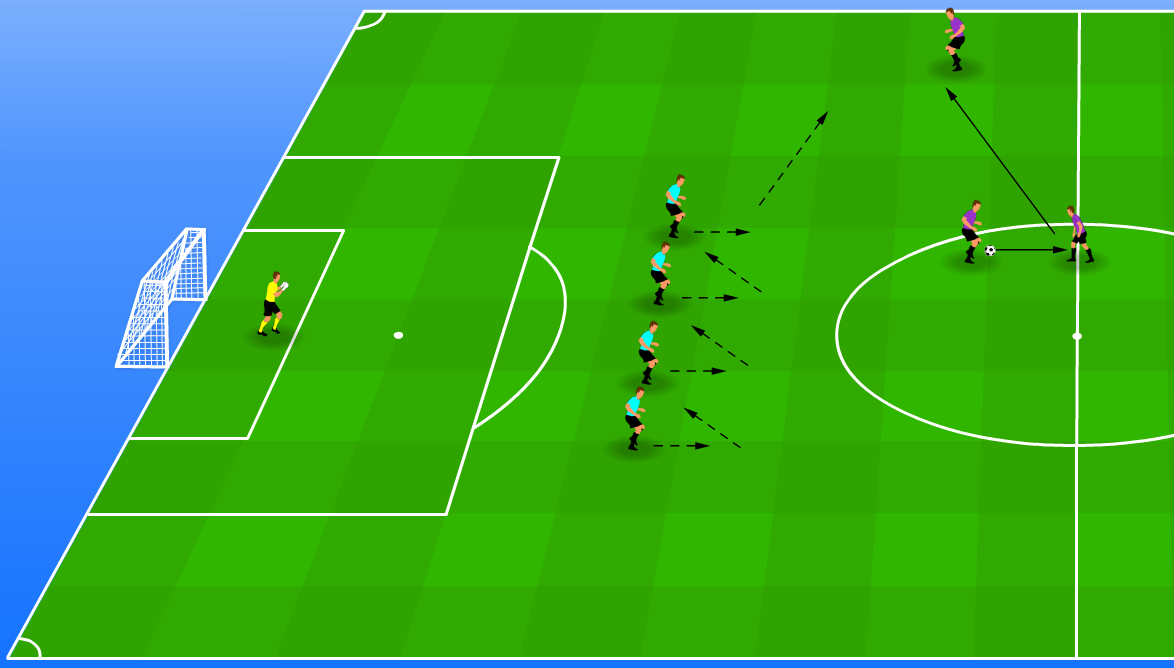 Every team, every club, every coach and every situation is different, so there is not such thing as a universal right way to defend. But the questions and principles of play listed above can increase the structure used in defending. That makes it easier to understand for players what do have to do in every situation, leading to less goals conceded.