More and more, football matches are a chain of fast subsequent transitioning moments. Therefore, it is important to implement those transitioning moments in training drills to train as game realistic as possible. How do you add those moments to the drills you currently use?

Let’s start with a rondo, such as 8v2. Usually, when the ball goes out of play or the defenders regain possession, the rondo pauses. Various adjustments can make this drill a little bit more game realistic. 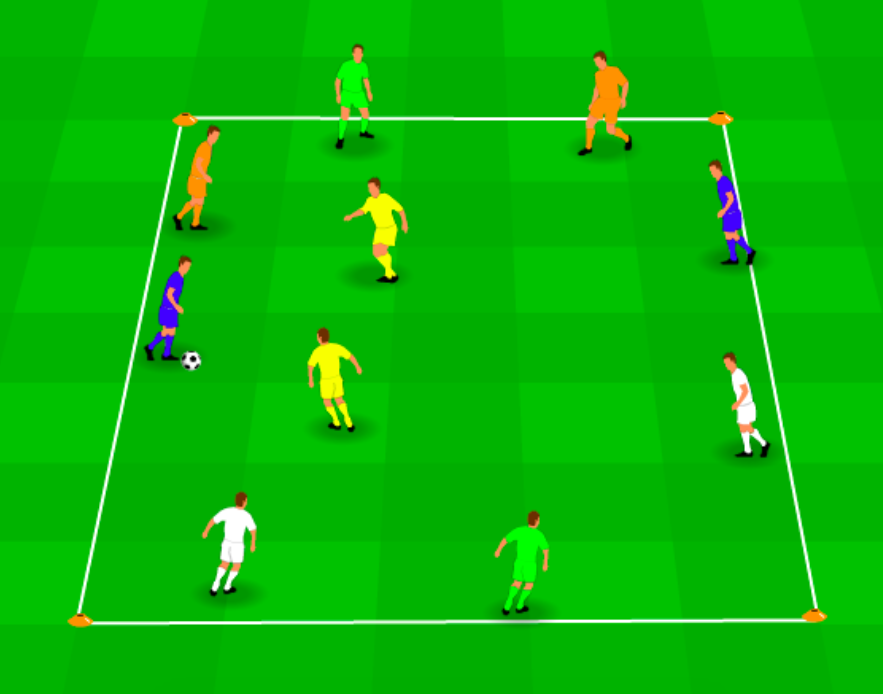 The most suitable drills to add transitioning moments to are attacking drills. A good example is a 7v5 + GK at half a pitch, a drill that is mostly used to improve the co-operation between the goalkeeper and the defenders. The option to score after regaining possessions, adds a lot of vivacity and spirit to the drill.

This option can be offered by putting a large goal without a goalkeeper or two or three small goals on the half-way line. Another option is to change one attacking player for a neutral player who starts the build-up from within the centre circle. He stays there and will be the striker of the defending team after they win the ball. 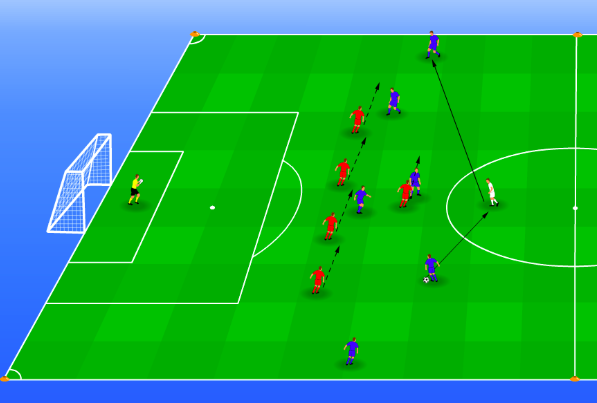 A lot of coaches use (variations of) the attacking drill 3v2 + GK. The three attackers receive the ball and try to score on a large goal. There are several ways to make sure the defenders can score after they win the ball. 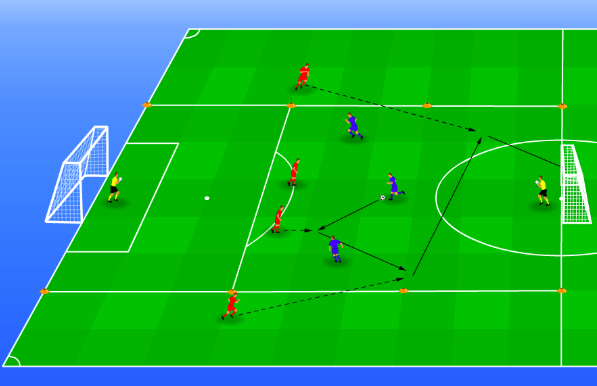 In short, implementing additional transitioning moments can be done in several ways.